Andrew and Farah | Wild palm leaves beneath the full moon

20TH FEBRUARY 2016 Sparks are flying in Andrew’s kitchen in LA, he has just met the love of his life Farah at his going away party, he’s leaving for NYC in two days. Farah had been dragged there to be set up but she had no idea. One brief but deep conversation later, a beautifully intense connection is felt between them both, so intense that the past blurs away, forgetting what life was like before the other ever existed. 17TH JULY 2019 The sun shines brightly on the golden meadow, casting a bright glow around the old Spanish farmhouse. A soothing stillness lays on the land, not a ruffle in the trees nor a sway in the tall grass, the most magical day these Andalusian hills have ever seen is on the brink of unfolding and its arrival is awaited for patiently. Today they will marry.

Farah and Andrew say their vows in an intimate sacred circle pre cleansed of old energies to welcome in the new. Melodic music dances through the air and old rituals and family traditions are followed before Farah and Andrew depart the ceremony as newlyweds in a cloud of fiery red smoke. As the sun begins to lower in the sky, the guests take their seats beneath a canopy of dried earthy palm leaves that shimmer under the full moon, it’s time to dine. The setting couldn’t be dreamier, it’s time to see for yourselves… 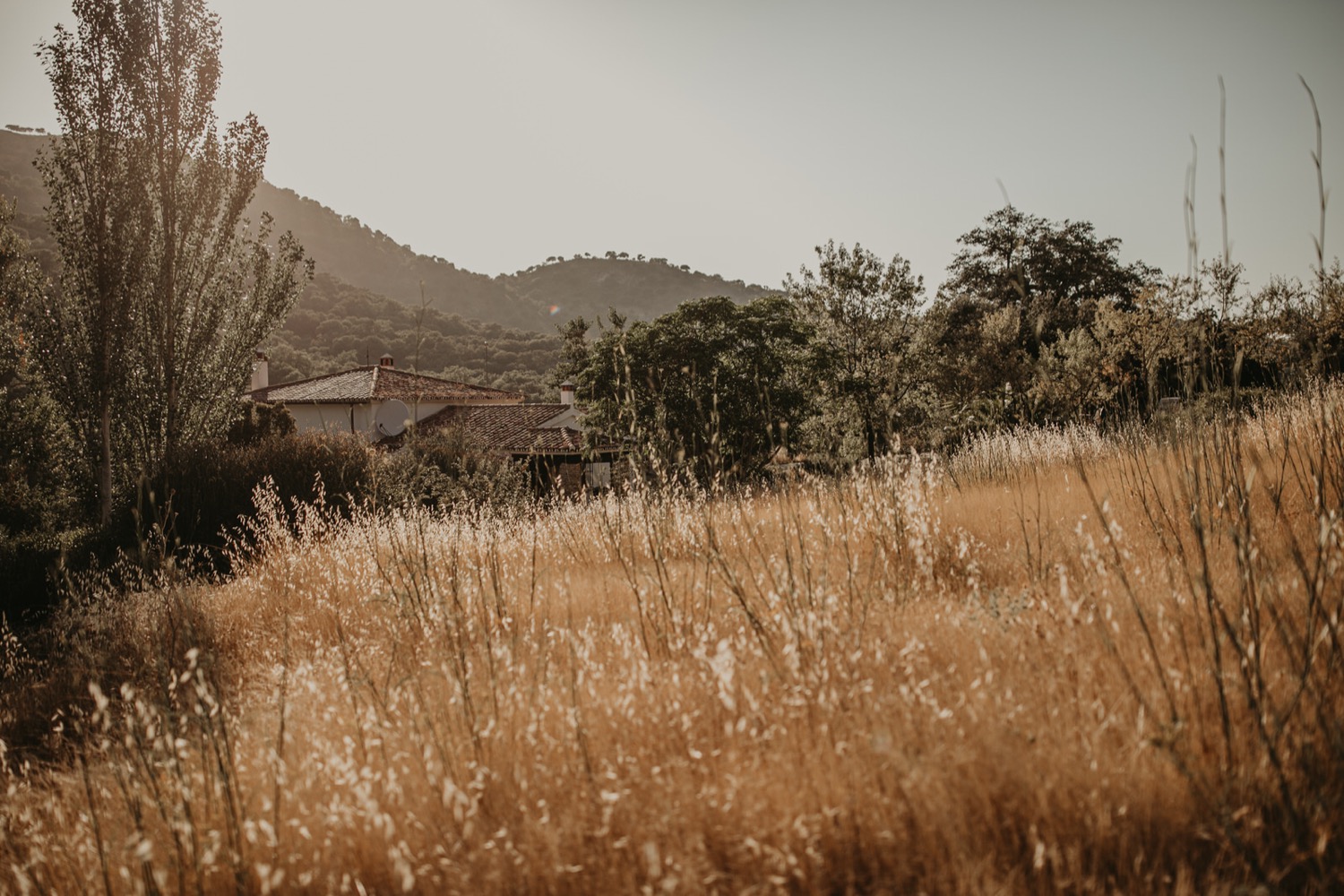